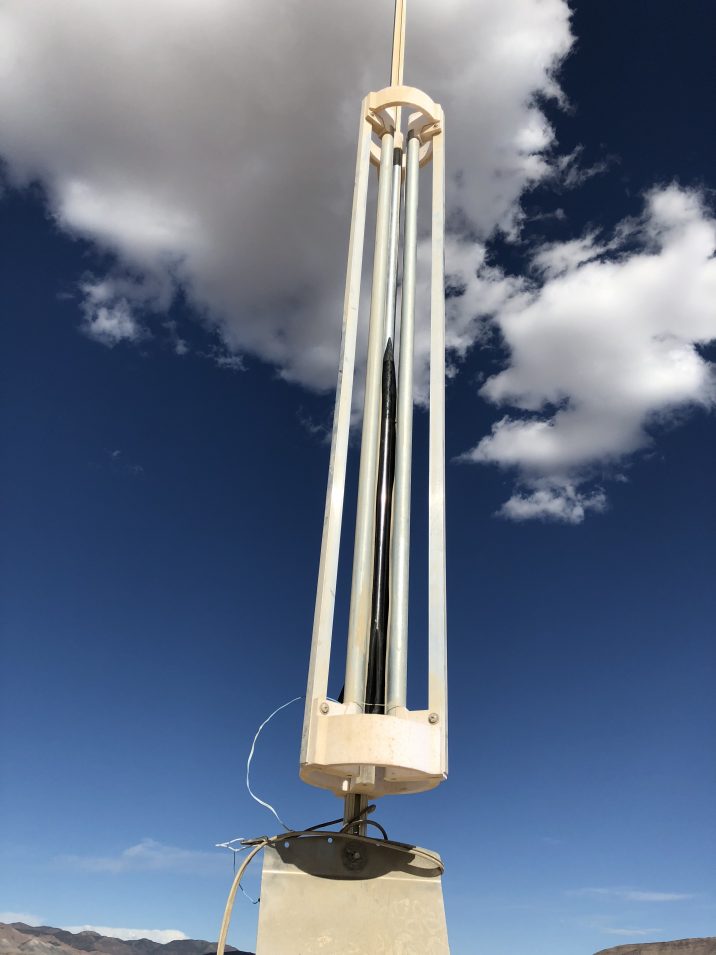 On my second record attempt at Delamar, I broke my old altitude record for commercial I-class rocket motors. It was windier than I’d hoped, but still within the crosswind limits I calculated for my design. As expected, the wind caused the rocket to weathercock after launch, so the flight wasn’t perfectly vertical. Still, my new record is now up on the Tripoli website.

I launched from a tower that I designed and constructed. This allowed for a much cleaner off-the-line start compared to my record flight last year. This flight topped out at 14,762ft and a peak speed of Mach 2.0. 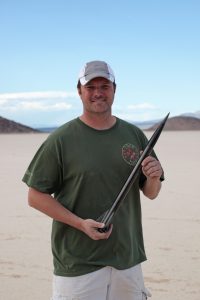 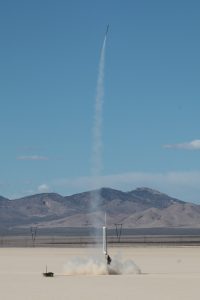 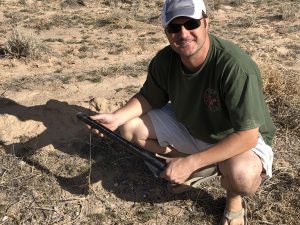